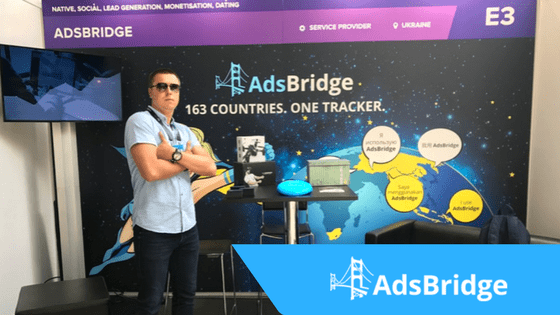 Let’s get it started! 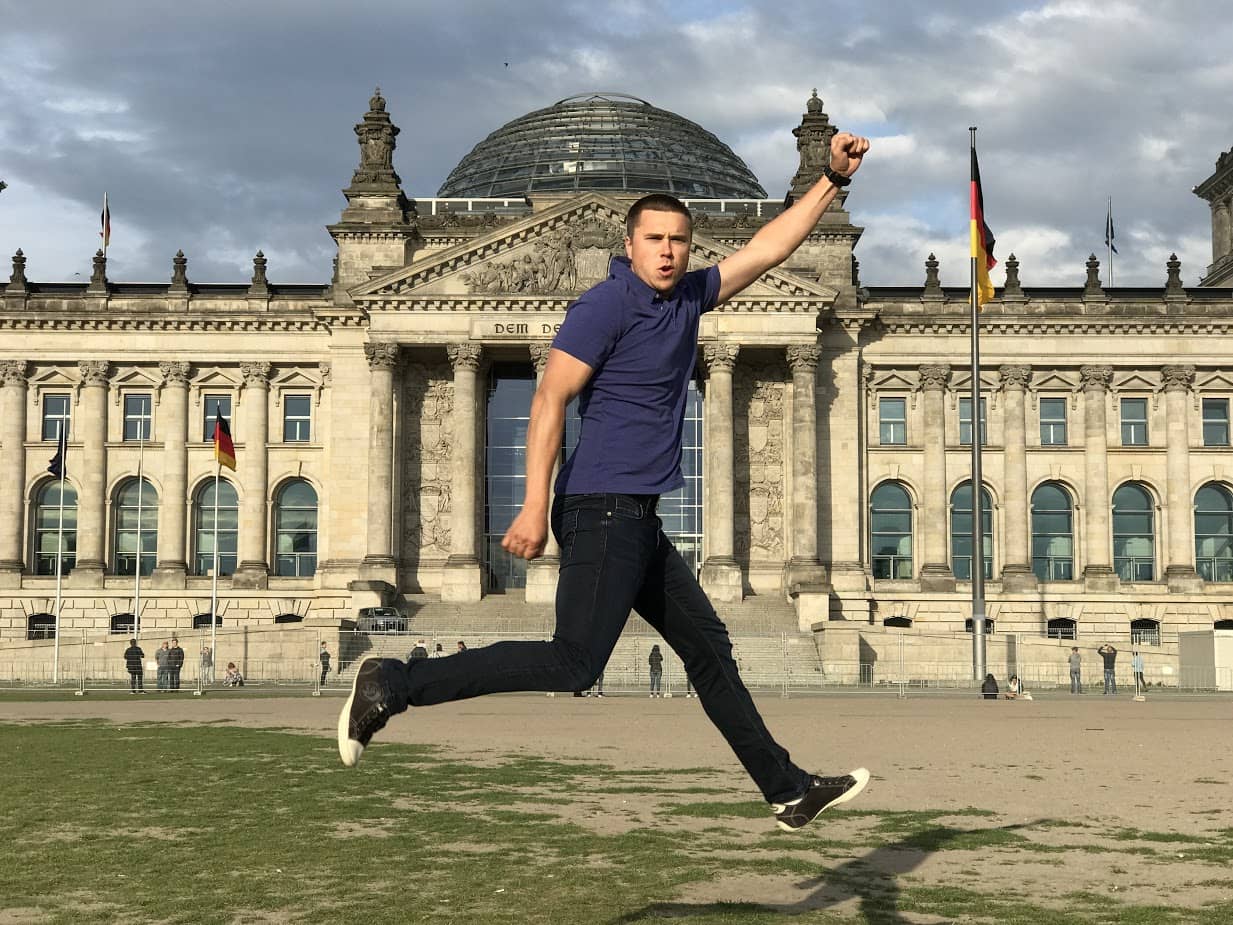 When your CEO rocks! 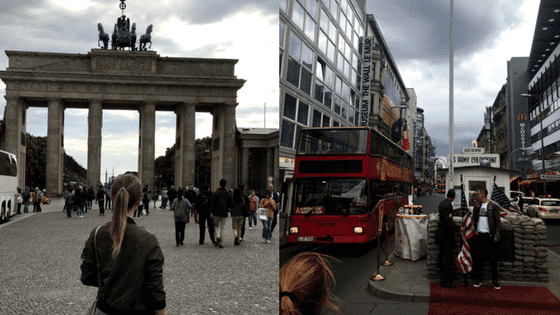 On the first day of our arrival, we opened the party season together with the company TrafficPartner. If you do not know the TrafficPartner, you will surely recognize their main bearded man – Andy Wullmer. 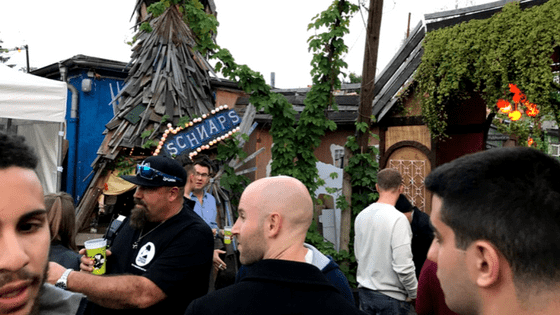 Thanks to Andy for the invitation

The open-air party began around 9 pm, where the old colored garages turned into a kitchen, a DJ stand and a bar with drinks. In general, in Berlin, it is almost impossible to find any “stylish” institution with glamorous interiors. Despite this, Berlin is considered the most clubbing capital in Europe. 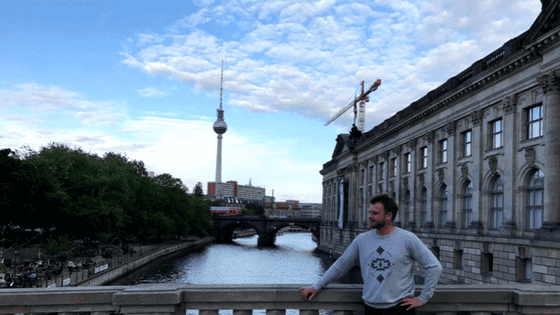 Cold drinks and american cuisine were served on the site. Even before the conference, we were able to meet our customers and partners, and also get acquainted with new, lovely guys from France. 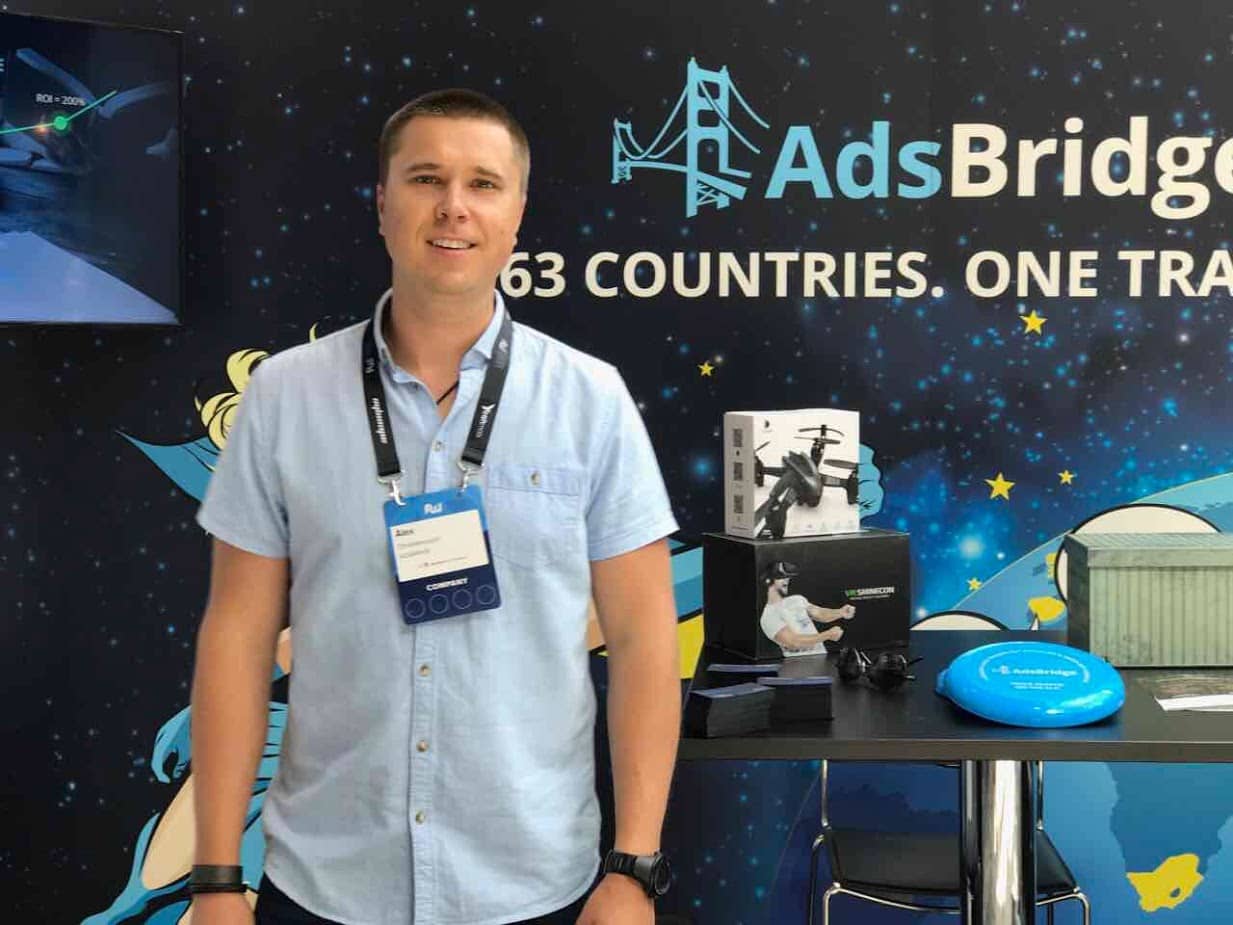 The first day of the conference began with a long queue at the entrance. Literally, in 40 minutes, we went to the main conference hall, which was held at the former station called “Station-Berlin”, in the heart of the capital. 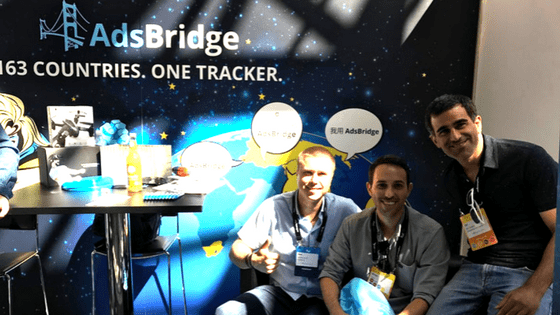 The number of participants in the conference was about 2 thousand people and hundreds of exhibitors, including large advertisers, affiliates, affiliate managers from around the world. 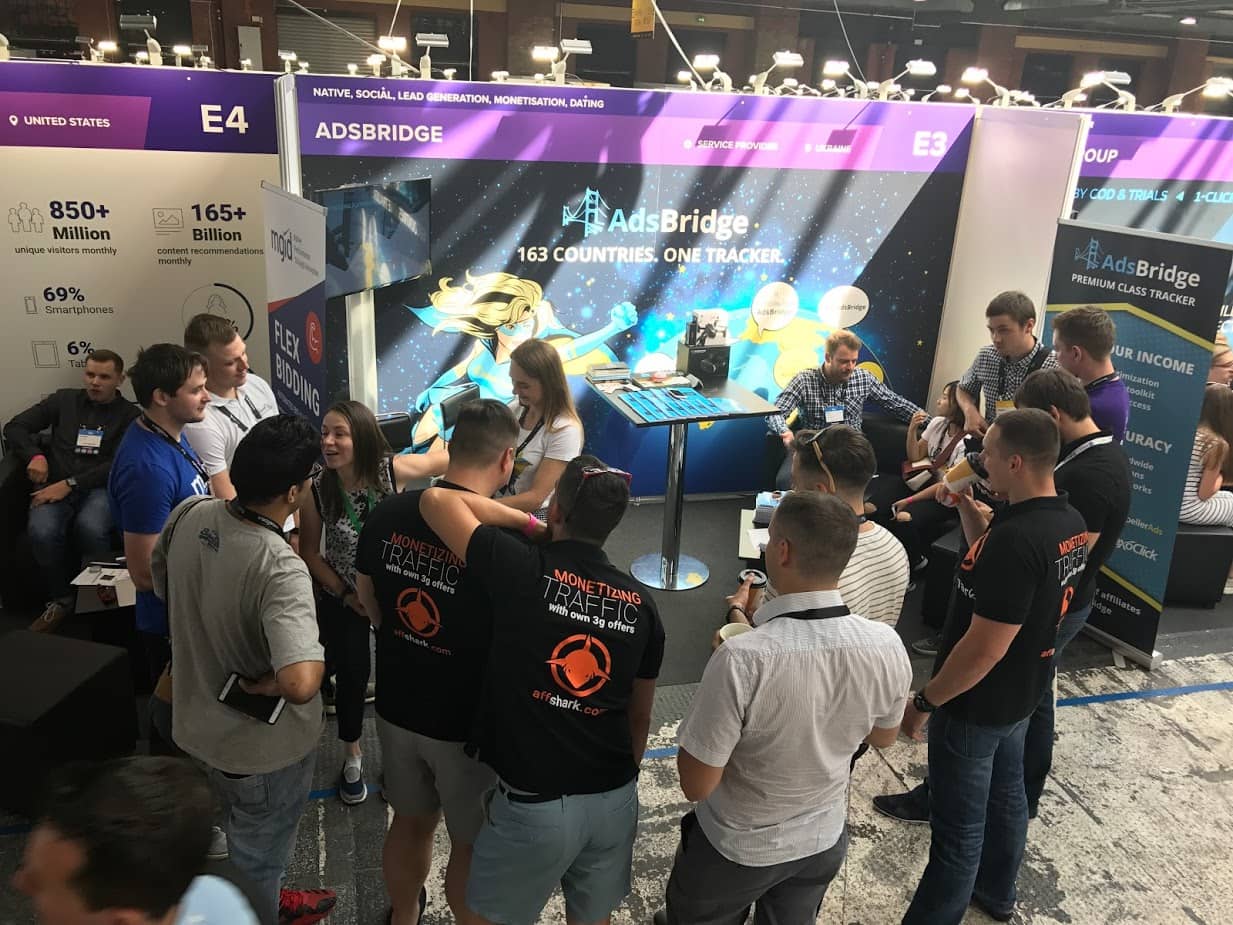 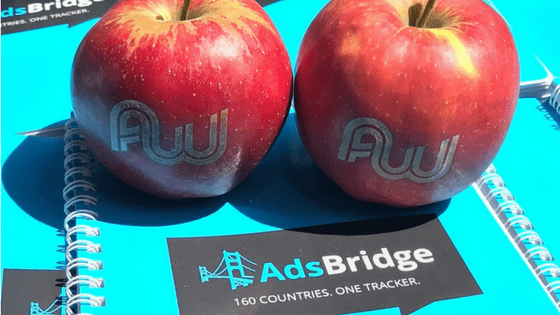 Since facebook, a really popular trend, it was discussed not only on the sidelines, but also on the main stage of the conference, and also held a special master-class immediately after the show ended. Such training cost is about $ 5k, but according to the reviews, the course was very decent. 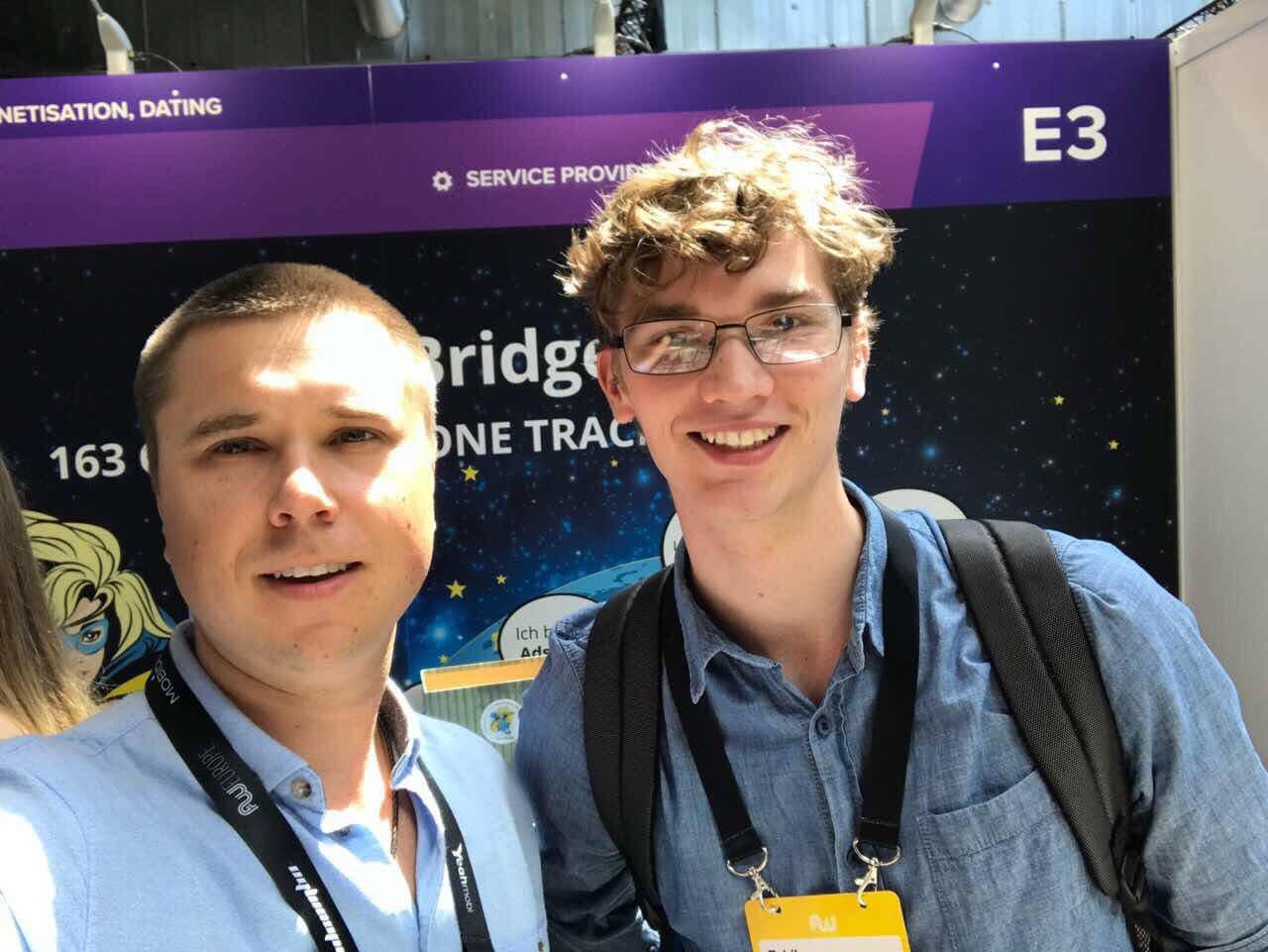 The one, who choose the best – AdsBridge 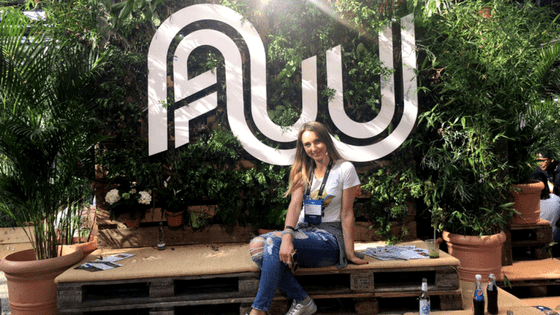 “There is always time for pic” – Elen

Hence, our predict for the future is that there will be no Russian, European, Asian or American markets, they will merge into one friendly space of affiliate marketing.

So, let’s move from boring predictions to crazy parties.

Even before the conference, we registered for all kinds of parties, so it was even more confusing to choose the one to go.

We started with the official “Happy Hour” from Mobidea. Such pre-parties usually last about an hour, so immediately after it followed another party “Networking drinks” but it was also before 10 pm. Hmm, you know in Berlin that time parties are just beginning.

We had a late dinner with clients, so we missed part of the party, but then we visited another two. 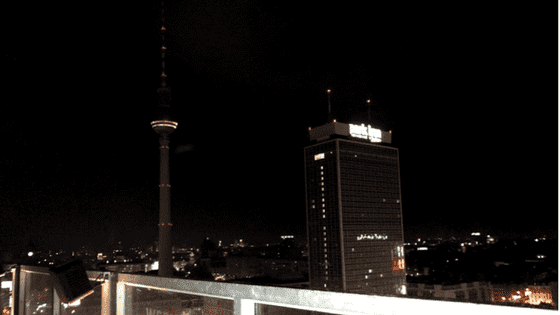 One of them was held on the rooftop of the hotel in the restaurant “House of Weekend”. An unreal number of people gathered there, which may sound like an excellent opportunity for networking, but not when you can’t even breathe.

By the way, the places where there were parties were all marked with the labels MRKTRS. If you have not heard about them yet, visit that page. 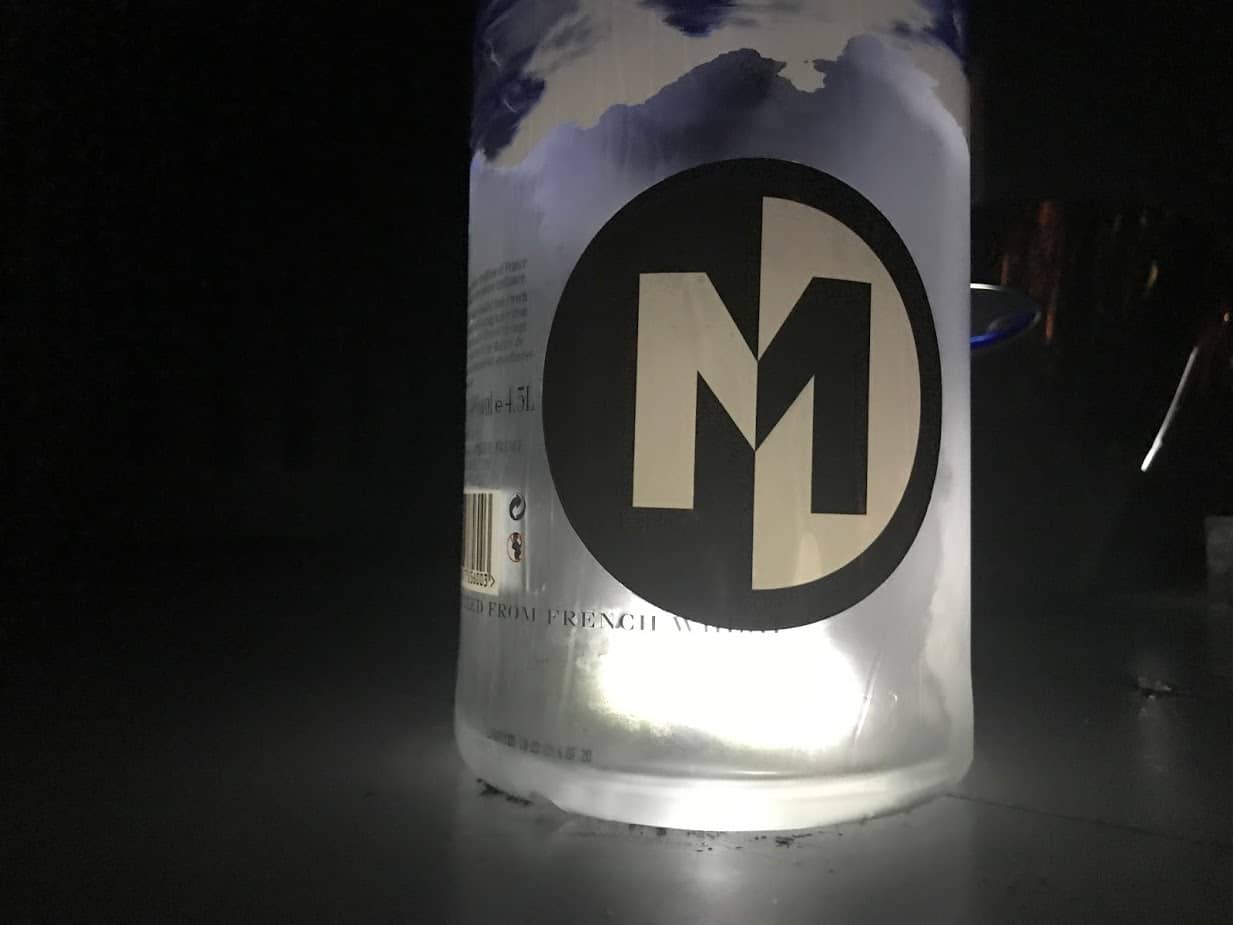 Then, we visited one private party and smoothly moved to the popular German bar/club “Watergate”. The club’s key is that when the morning comes, the light fills the entire space of the room and people disappear in the crowd, like vampires at the sight of light. VERY COOL!!! 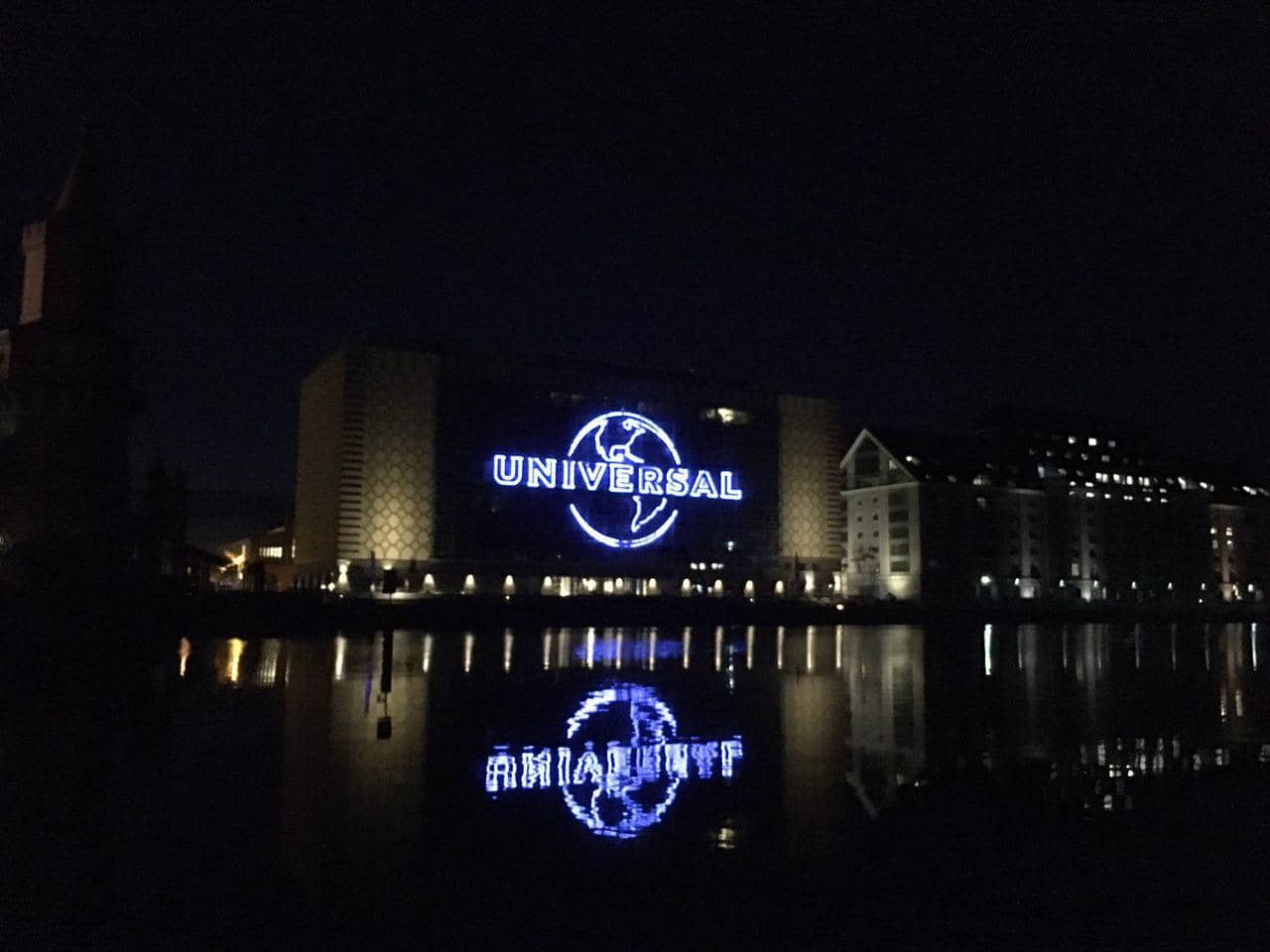 The view from the “Watergate” club

The show opened at 10.00, but, most of the participants came directly to the after-party. Therefore, if you are going to the conference it is better to plan all important meetings for the first day. 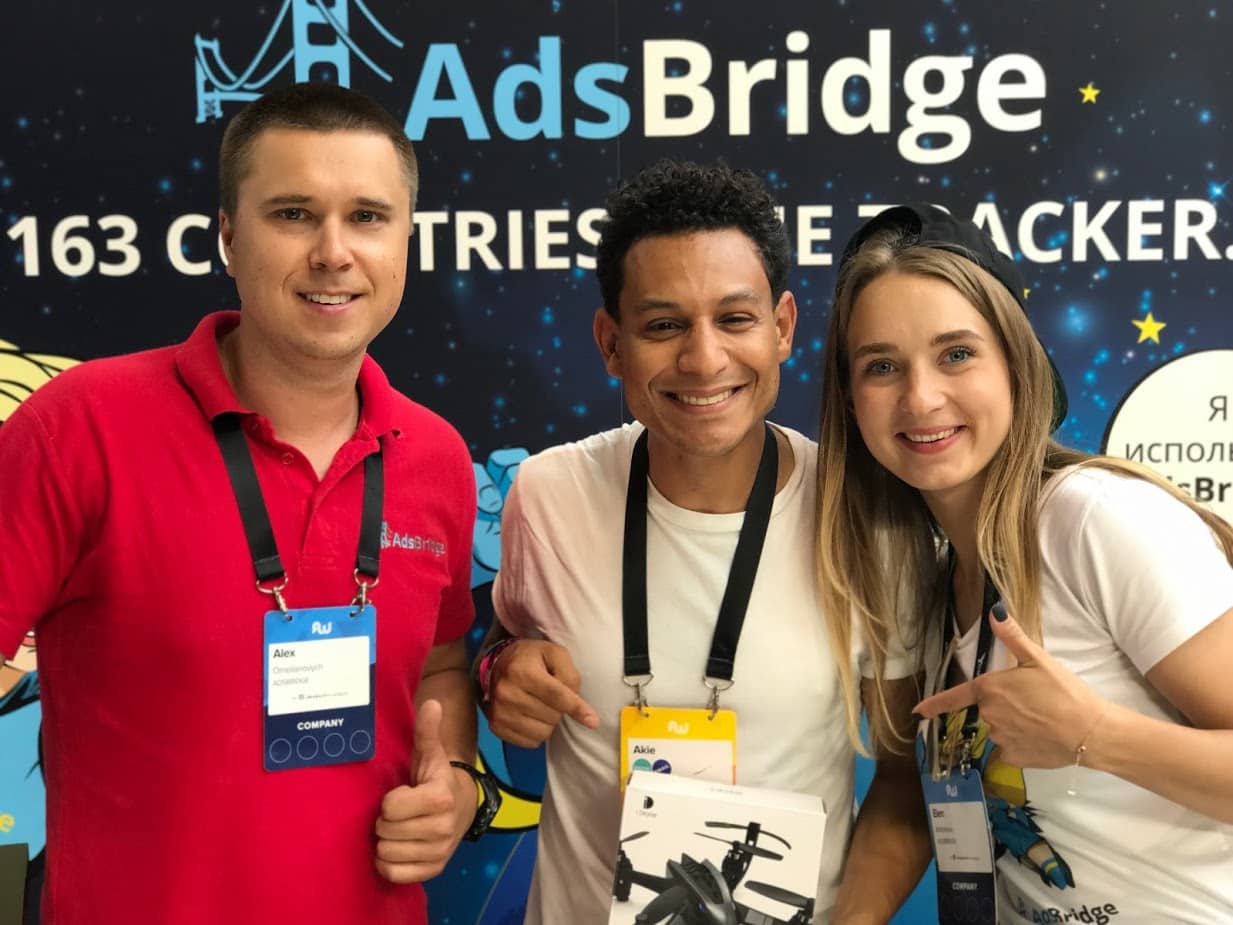 Akie, the winner of our drone contest

AdCombo. Very pleased with their history of comic books, which you can create right at their booth. You just needed to capture yourself on a special background, and then the program will do everything for you. 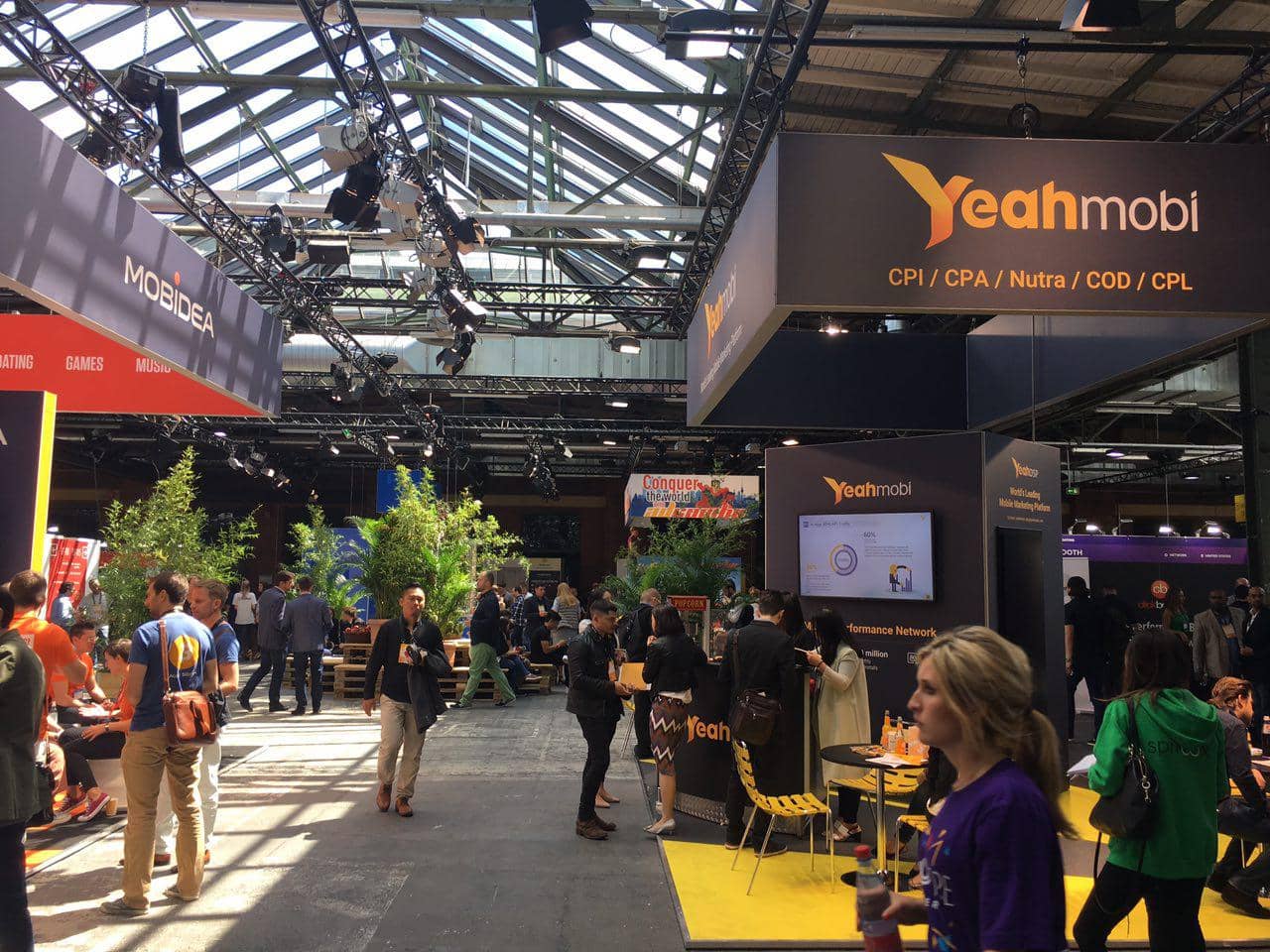 BitterStrawberry. Each conference they bring some new creative stickers, toys and other branded materials. This time, they had spinners, and above their stand hung zebras with offers’ id, and on the back wall was a huge lion, in the style of a hunter with a gun. 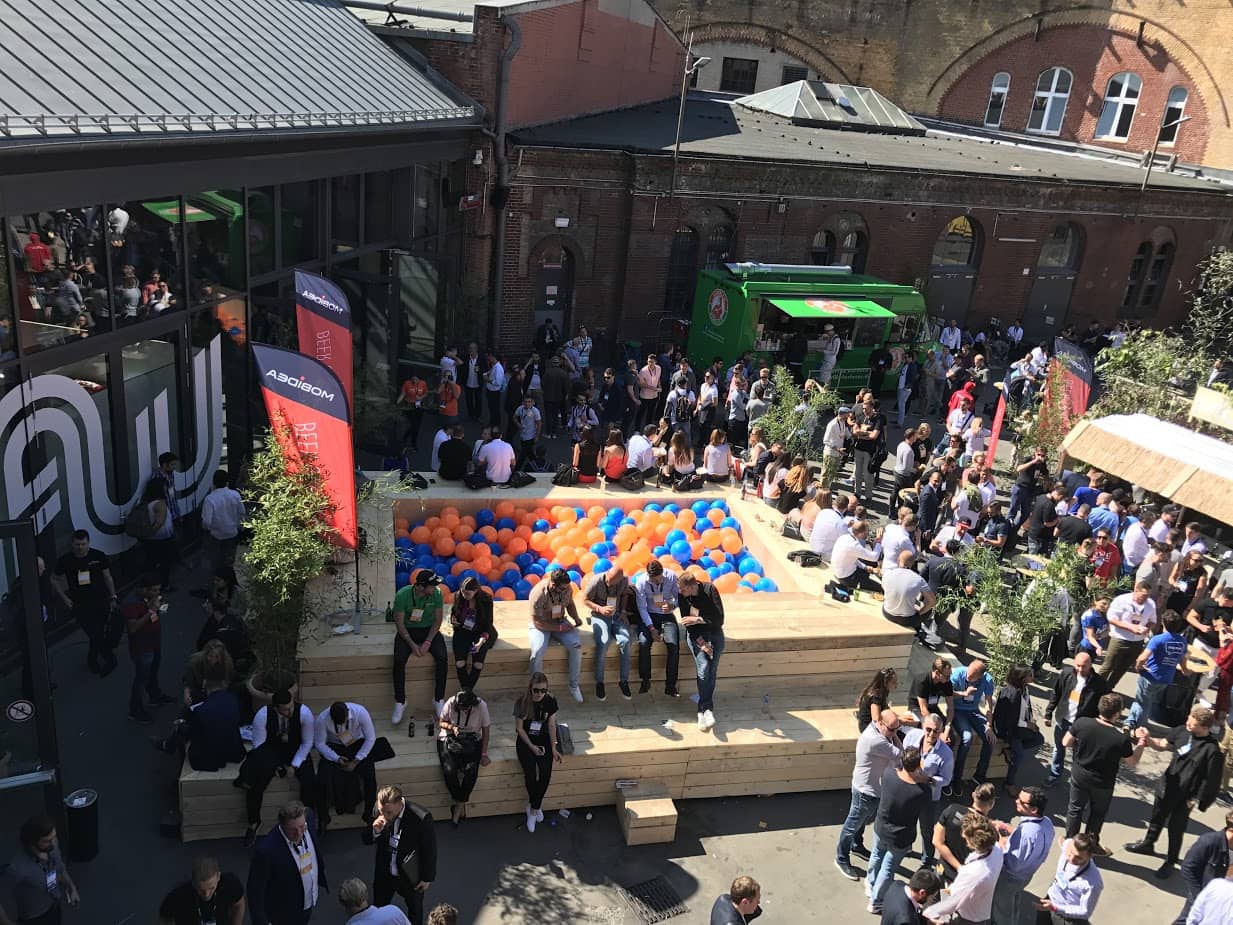 YeahMobi. This time we decided to sweeten the difficult life of the affiliates and feed them with Chinese M&M and Marc candies.

Just FYI, the party after the conference is just an ideal place for networking. Here, it’s very easy to get acquainted with people with whom you either did not have time to talk, or you were just shy to do it during the conference. The atmosphere itself gives you an opportunity to talk to a person without extra stress and the conversation takes place informally. Thus, each of the parties feels more comfortable and confident. 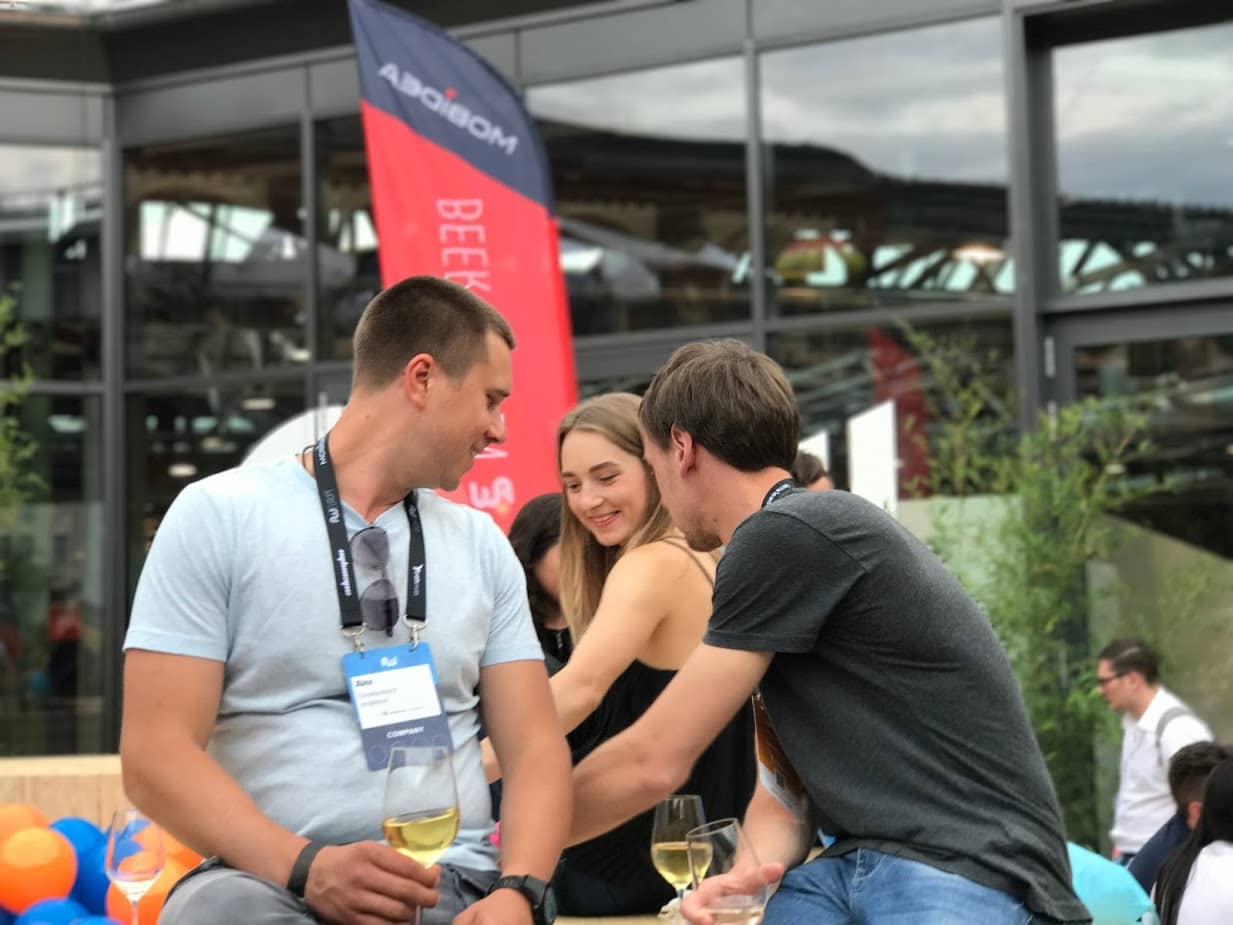 Please, do not underestimate the informal networking, its strength in its simplicity and your confidence. I personally know several companies that do not exhibit with a huge booth, do not sponsor parties and do not do special promotions before and after the conference, moreover, that is not visible throughout the day at conferences. BUT with sunset, they appear at the parties and establish new business contacts. It’s clear that they do not sign billion dollar contracts the same evening, BUT they do even more.

Put yourself in their shoes, whom you will remember, the person who came to you during the day and left his business card, “By the way, where is it?” Or the person with whom you will spend the whole evening and know the name of his children and a dog. So, do not even think about pretending that you are tired after the show, get your a** to the networking area;)

After such a hard working week, don’t you feel like it’s time to relax?!

I took a pill in Ibiza … 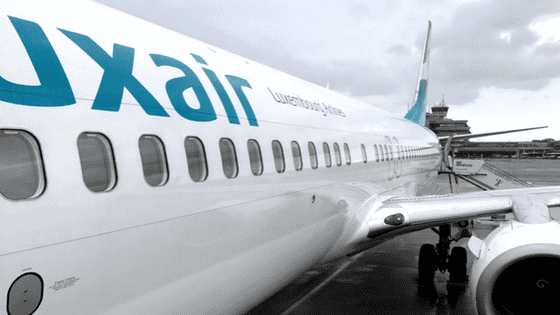 The route turned out to be quite an extraordinary Berlin – Ibiza, and even with a private plane! 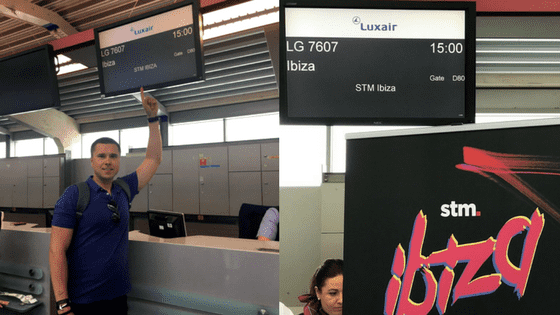 On board, the aircraft was almost the entire STM team, affiliates from around the world, owners of huge corporations and the largest companies in this industry. 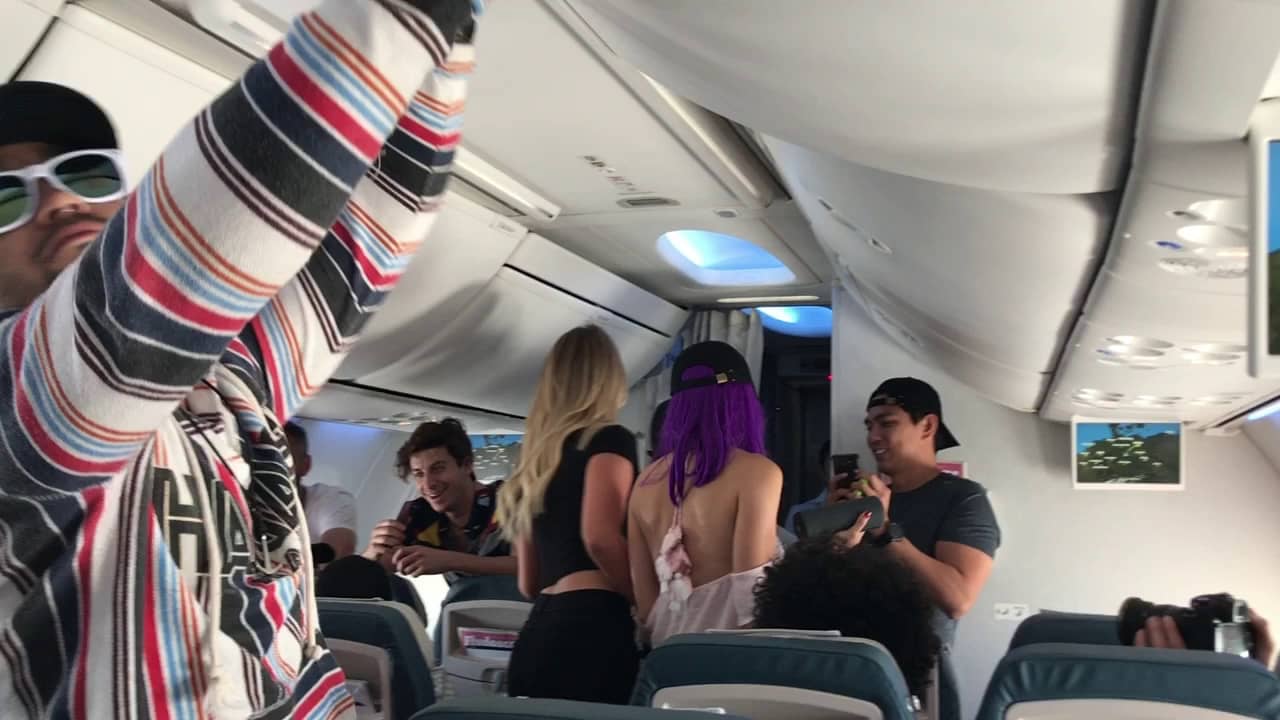 As you probably already realized, this flight was not one of those when you fall asleep or read a book. Just look at this …!

When FB Queen runs the party

Immediately upon arrival, the whole team with distinctive marks (backpacks STM and wristband) was taken to the bar right on the beach, to a little chill. After this bar, most of the AdsBridge team no longer drink Mojito;) 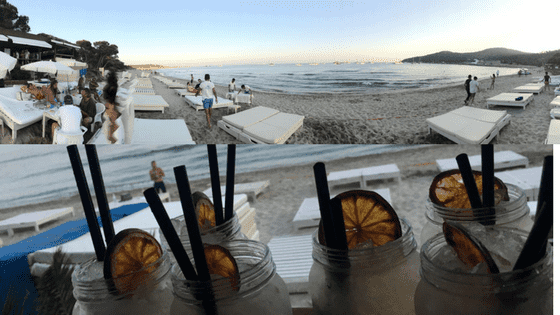 Then the sponsoring companies settled all the participants in their private villas.

We were lucky to visit the most beautiful beach  – Cala Conte. Ferry trip only 5 €, but the view and beaches were on XXXXXXX million.

Also, we were at the most popular club – Ushuaia, where such DJs as David Guetta, Martin Garrix, Kygo, Tiesto play all the summer. That was the exact place, where STM meetup took place. There are about 100 people. Pleasant music, informal atmosphere, breathtaking view, only friends, and acquaintances … Can you wish for more ?! 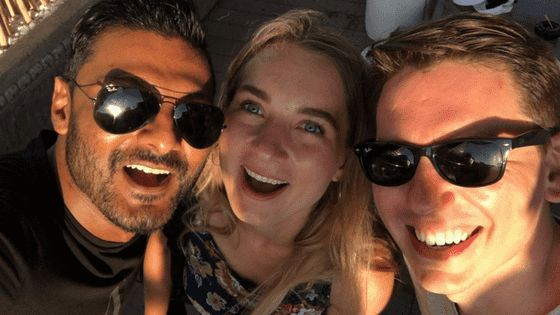 I’ll follow up with the pics only, as I have no words to explain how great it was. 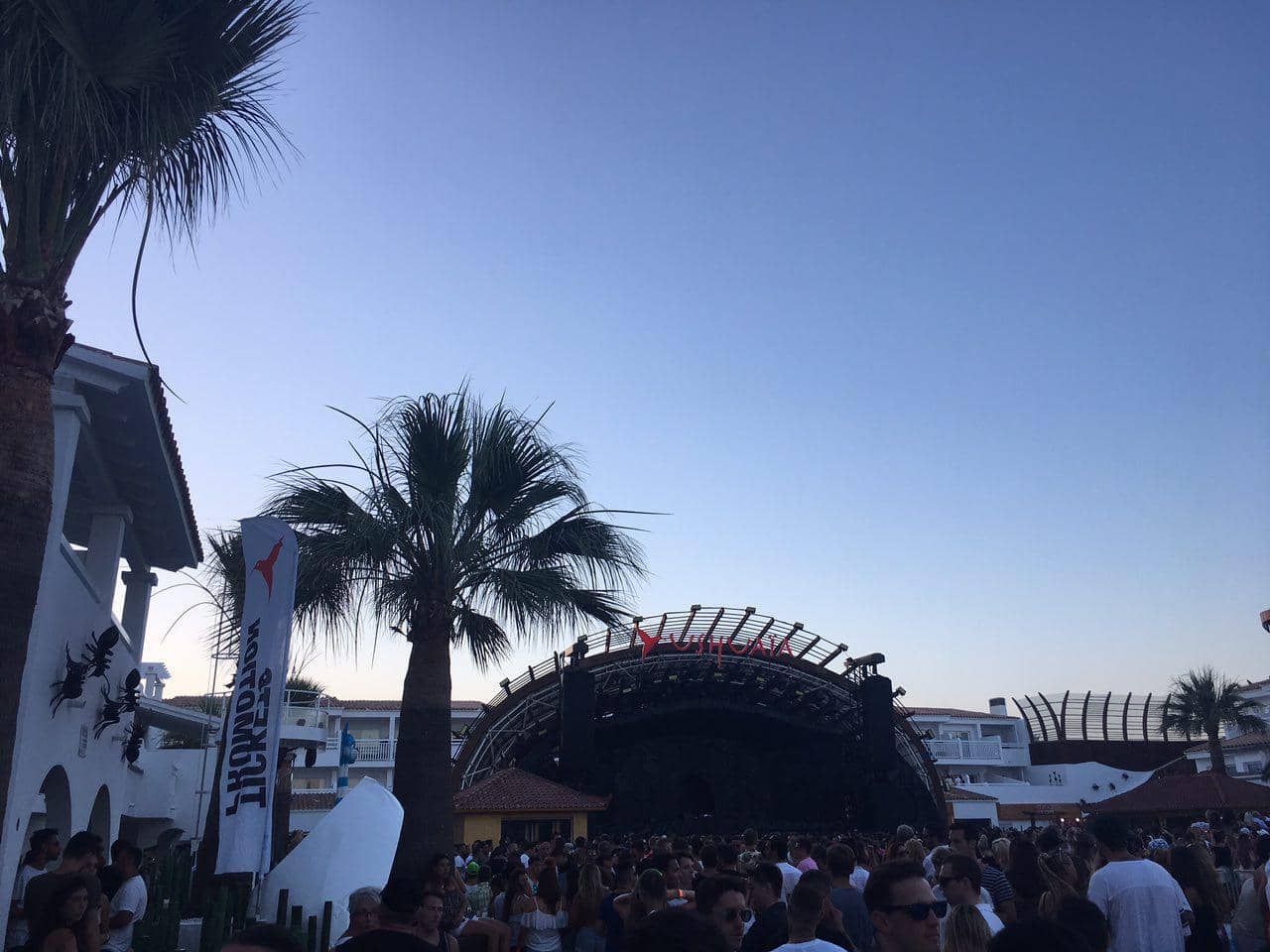 But, what happened in Ibiza stays in Ibiza;)